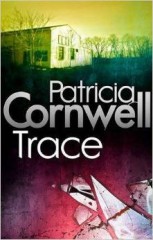 Since Postmortem garnered critical acclaim and a record-breaking five awards for a first crime novel, the Scarpetta novels have often been imitated, but never bettered. Against her own judgement and the advice of Benton Wesley and her niece, Lucy, Scarpetta agrees to return to Virginia as a consultant pathologist on a case involving the death of a fourteen-year-old girl. Accompanied by Pete Marino she finds the once familiar territory of her morgue and her department much changed, and the new Chief Medical Examiner treats her with disdain despite the obvious fact that he is in desperate need of her expertise. But professional as ever, she re-examines the evidence and proves the girl was murdered. She also finds trace evidence which matches that found on an accident victim and at the scene where one of Lucy's operatives was attacked. It is not only a forensic puzzle, but opens up the probability that someone is after those closest to Scarpetta.